An early start from SMI in Newcastle West, as the Transition Years headed to Cork airport. There were full Irish breakfasts ordered, as well as live entertainment from the piano in the airport lounge.

Flying into Charles De Gaulle for about midday, the TY’s were greeted by a fresh Spring Parisian breeze, along with pleasant rays of sun. The students did not have much time to spare, as they were loaded onto a coach and they set a course for the suburban centre.

This school tour to ‘The City of Light’ would not have been complete without visits to Sacre-Coeur, The Eiffel Tower as well Disneyland Paris! The students enjoyed fine weather for the duration of their voyage scolaire. Between the hours spent roaming around the Champs-Elysees, Sacre-Coeur as well as the impressive Louvre, there was no shortage of sights to see. Dining at the Hard Rock Cafe followed by a cruise on the Seine was a treat. The staple of Paris itself - The Eiffel Tower was a sight to behold albeit a bit chilly at the top.

Plenty of people got to work on their negotiation skills, haggling with the vendors that flocked to the tourist sites.

Saving the best for last, the group  made a short journey from the Explorers Hotel to Disneyland Paris. A grand arch welcomed them to an almost different world. The immaculate kingdom facilitated hours upon hours of entertainment.

When all was said and done, they returned home after a truly wonderful trip

The group said ‘merci beaucoup’ to Ms Cahill and Ms Fitzgerald for their trojan work in organising the trip of a lifetime! 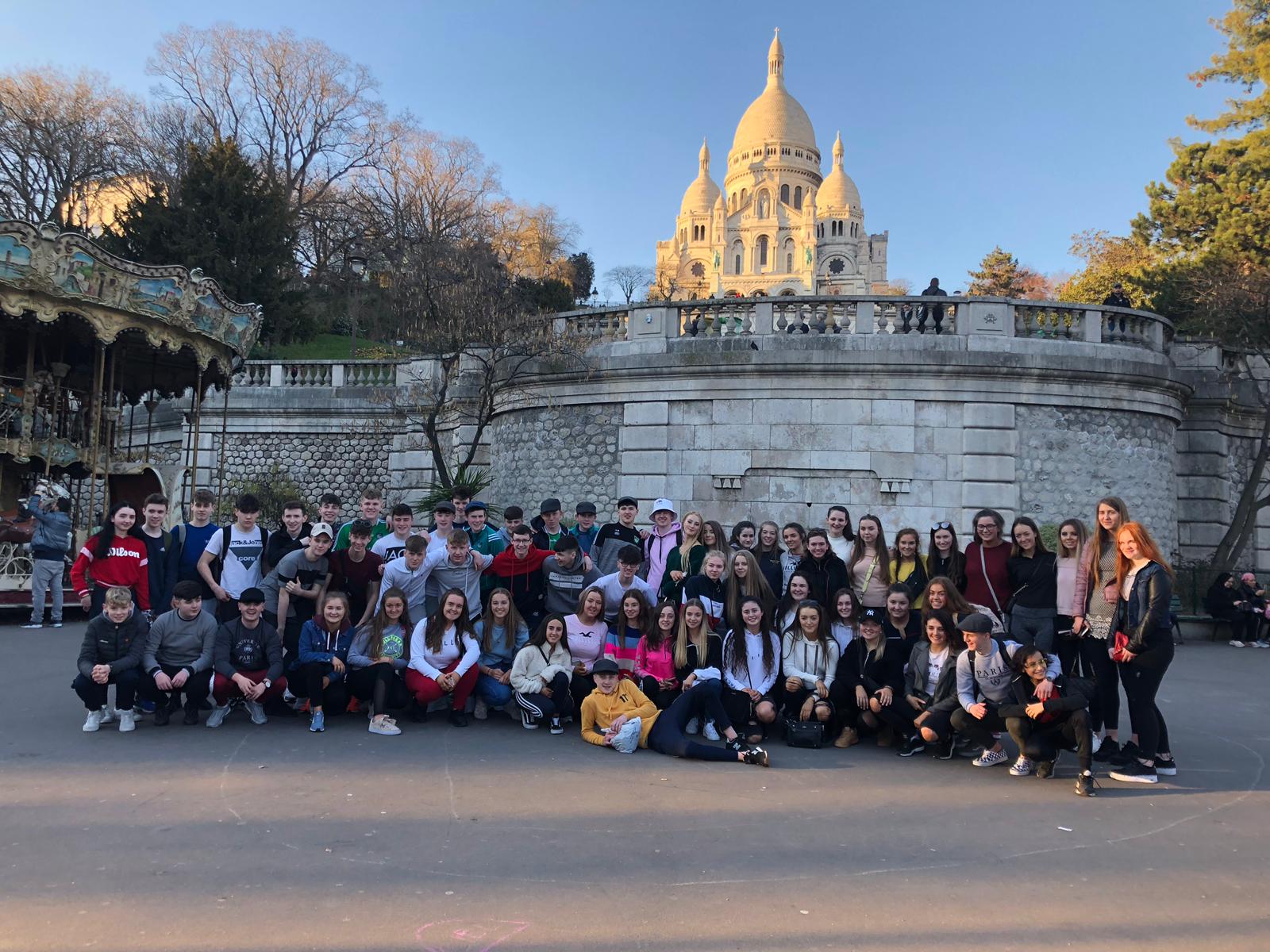 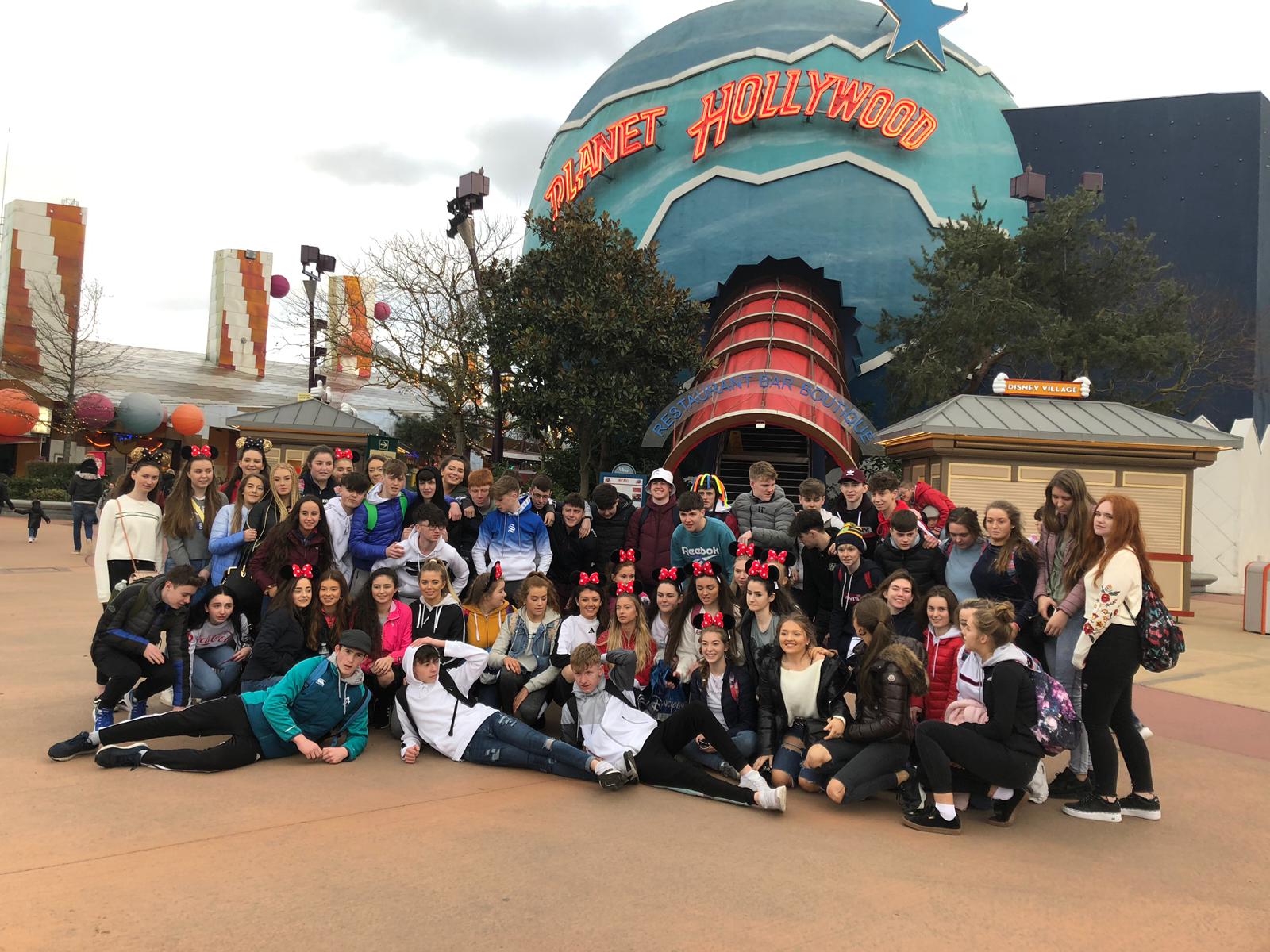 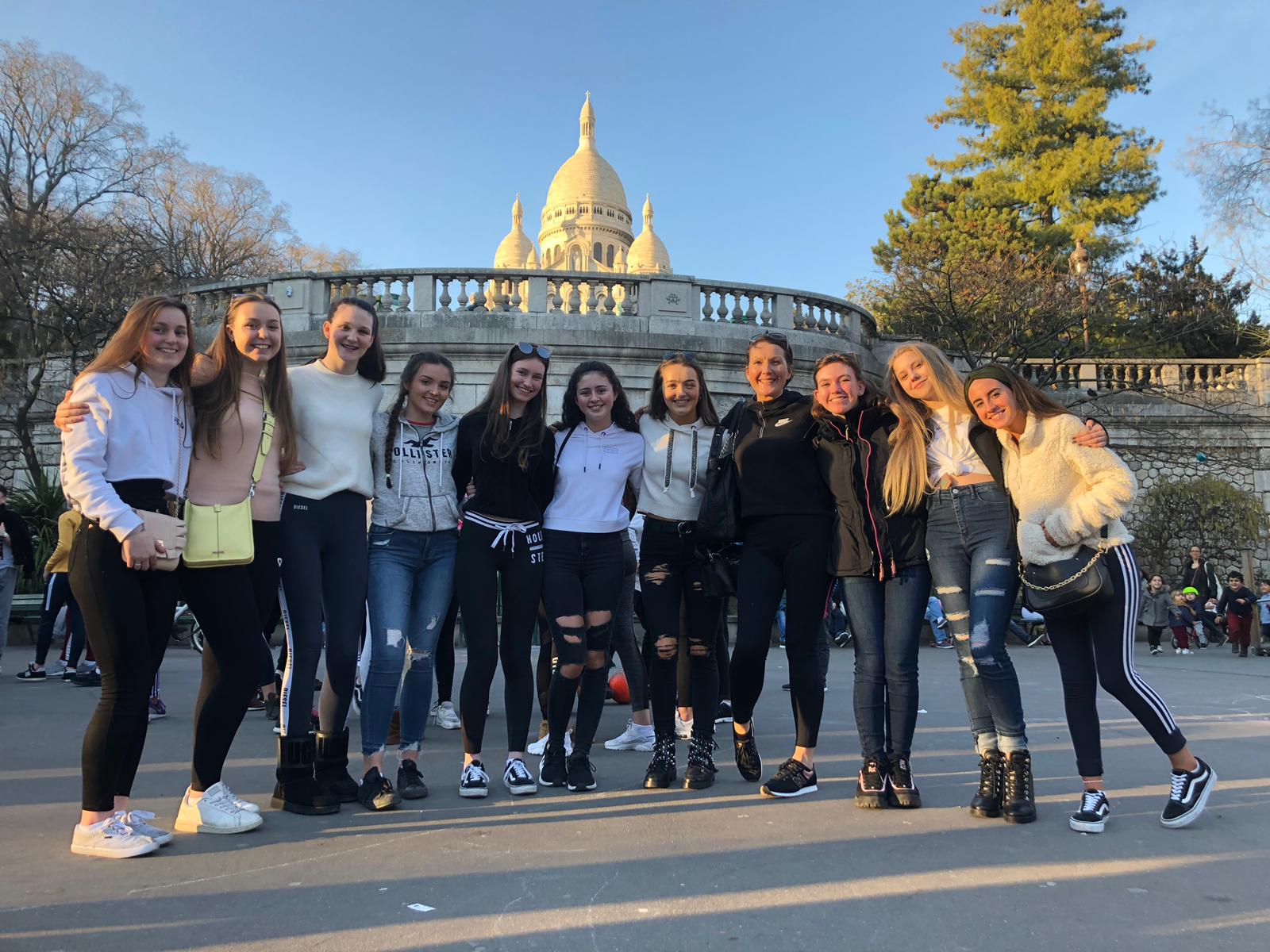