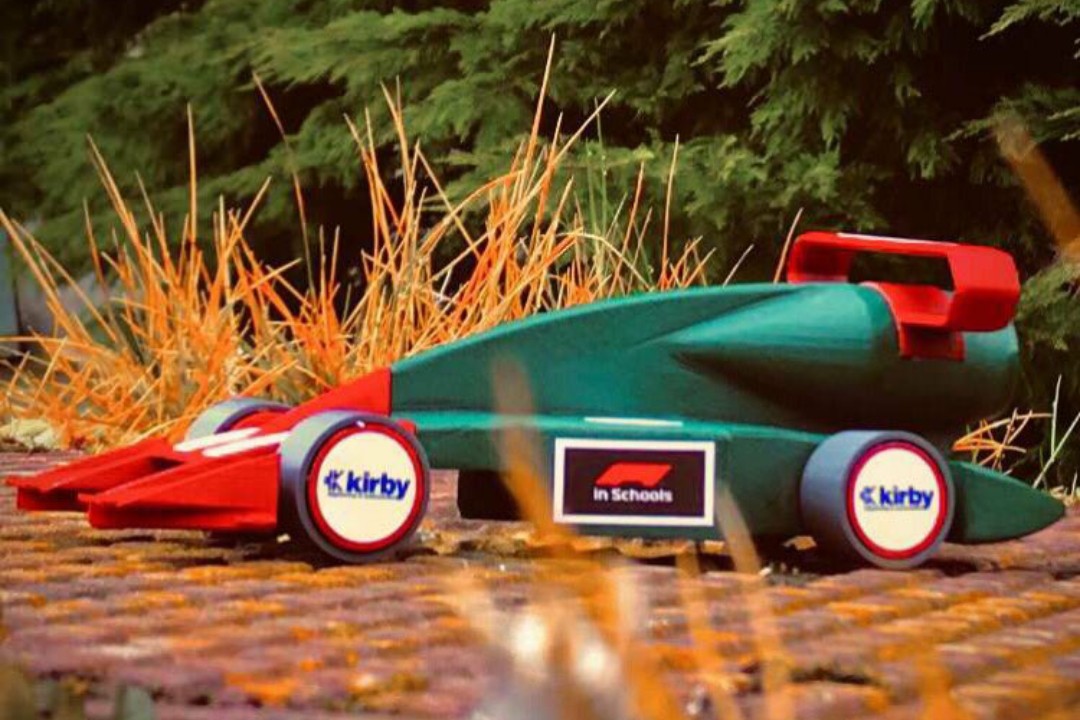 This week, Scoil Mhuire agus Íde is celebrating following the announcement that one of our Transition Year (TY) students, Harry Edwards, won the prestigious ‘Facebook Engineer of the Future Award’.  Harry and the team, ‘Rogue 3 Racing’, were first time competitors in the F1 in Schools competition this year. F1 in Schools is an international STEM (Science, Technology, Engineering, and Mathematics) competition for students aged between 11 and 19, in which groups of between three and six students have to design and manufacture a miniature car out of the official Model Block using CAD/CAM design tools. The team representing SMI was composed of three TY students, Jack O’Doherty, Harry Edwards and Sean Geraghty, and they certainly have made everyone in Scoil Mhuire agus Íde very proud. The boys worked tirelessly to create a 3D printed F1 model aided by CAD and fluid dynamics systems. They had an outstanding performance reaching the quarter finals where the final eight competed in the Knockout Cup live on TG4 on Sunday night. Out of 60 schools, the boys placed in the top 10 overall in the competition, winning the ‘Best Innovation Award’ as a team.

F1 in Schools is a competition that has been growing across the country with big companies sponsoring different awards. This year Facebook became a Gold Sponsor and introduced their own award called the ‘Facebook Engineer of the Future Award’. The award recognises an outstanding individual with excellent technical skills, teamwork and communication abilities as demonstrated throughout their participation in the F1 in Schools programme. Teams had to nominate a member to represent their school for this award. Harry Edwards was chosen to represent Scoil Mhuire agus Íde and we are delighted to announce that Harry has been acknowledged as the ‘Facebook Engineer of the Future’, overcoming extremely tough competition to become the very first winner of this prestigious award. Nine students from across the country took part in a three-hour assessment led by Facebook's Clonee Data Center team. The assessment involved working together in teams of three to solve a real-life Formula 1 design problem. As well as winning a cash prize of €500, Harry has been accepted into the ‘Facebook's Engineering Academy’ where he will be mentored in design. He will also be invited to Facebook events and get to experience what working for Facebook is like. Well done Harry on this outstanding achievement and huge congratulations to Sean and Jack, engineers for our future. There is little doubt that their future is bright, so watch this space!