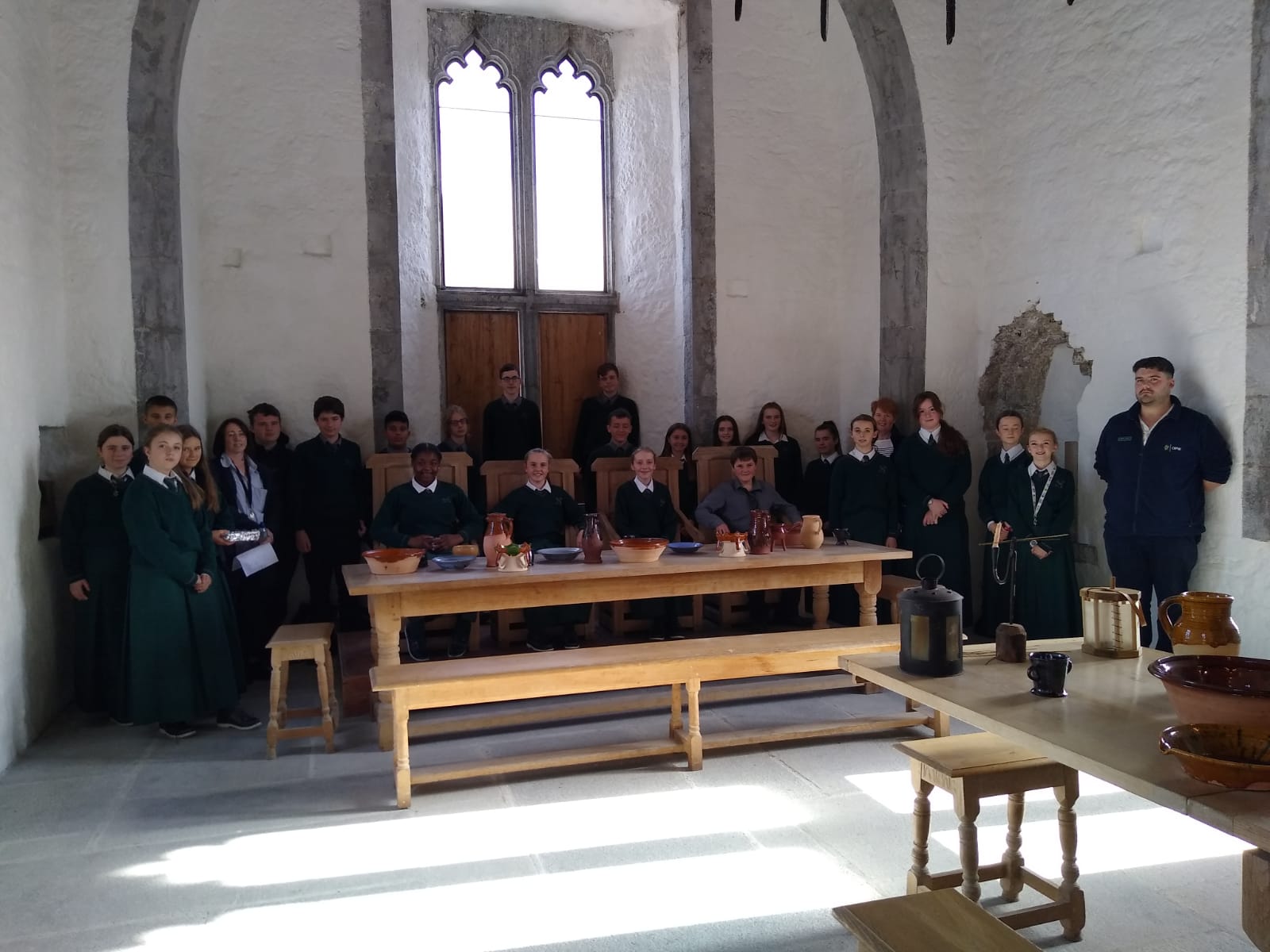 On entering the courtyard students were told it dated back to the 13th century  and was built by the Earls of Desmond. We then visited the banqueting hall. When we entered we were greeted by an enormous room where we saw a long table, where the friends of the family ate and a table at the top of the room where the Earls ate. There was also a big fireplace and a wooden structure where the musicians played.

The tour guide was excellent and told us how the castle burned down and a lot of the frame was destroyed. He then told us that the roof of the castle was made in the shape of the bottom of a ship.  When they were restoring the castle, they had to build the roof by hand. He also said that there was limestone on some of the walls from the original build.

We visited the servants quarters.  This room was made bigger because you would have to lower your head in order to fit in the original build. Along the walls of this room, there were signs with loads of information about the castle on it.  Once we had finished looking around the servants quarters, we went book to school bringing a conclusion to an amazing trip to Desmond Castle.